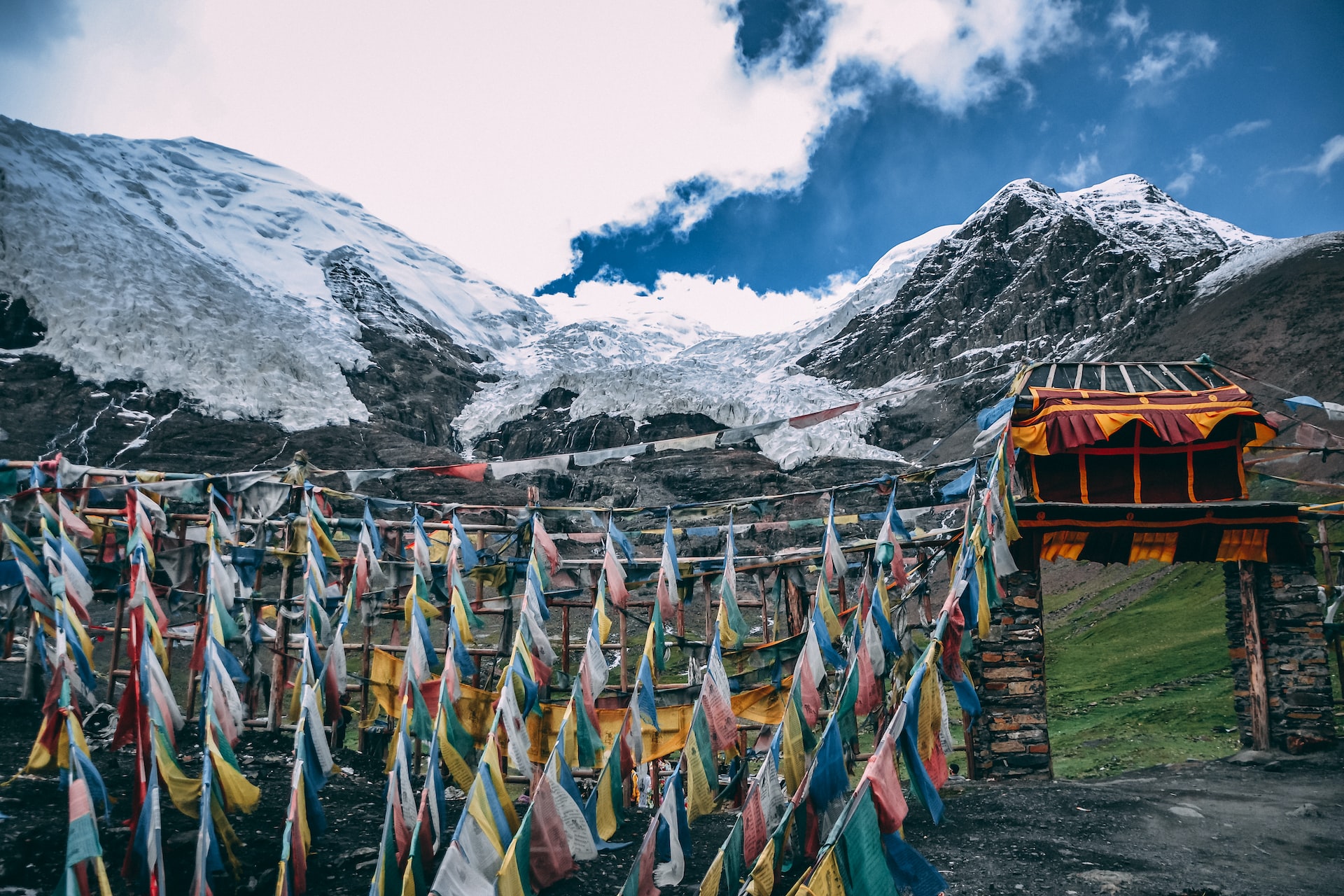 Trexmount Ventures welcomes you to join in our remarkable and fascinating Fabled Lhasa City Tour in Tibet’s and world’s highest capital, where you can experience an interesting cultural tour of a lifetime, with views of Mt. Chomolungma (Everest), Makalu, and several other well-known peaks as the plane flies over world’s highest and largest plateau of Tibet, during an hour scenic panoramic flight in and out of Lhasa.

Fabled Lhasa City Tour with Trexmount Ventures, Tibet’s largest and main religious and cultural centre, travel starts with an interesting flight over high Himalayan mountains above Tibetan plateau, on reaching Lhasa airport which is called Gongar International Airport, received by our Tibetan counter agent guide and driver, with an hour drive to Lhasa at 3,660 meters high with views of Potala palace as the drive enters the city area.

Lhasa at present is a mixture of the old and modern city, our hotels are located in the old part of Lhasa around Barkor market square, the hub of Lhasa where you can observe the old culture, Buddhist pilgrims, and religious way of life with impressive customs of Tibetans from various parts of Tibet.

In Lhasa with four nights’ ample time to visit famous old interesting monasteries, monuments, and market place including the magnificent Potala Palace which stands high majestically on top of the red hill, overlooking the beautiful Kyuichi valley where Lhasa city is located.

Morning visiting old Drefung monastery the largest in Tibet, Sera monastery to observe young monks in debate which is interesting to watch, ancient Jorkang Temple in the middle of Barkor square which is an earliest temple built by king Songsen Gompa in early 6th century, time permitting visit summer palace of Dalai Lama at Norbu Linka with nice immaculate gardens.

In Lhasa enjoying the tour with Tibetans’ food and lifestyle, drive leads towards Ganden huge monastery complex, which was built around early 11th century by Tsong Khapa the founder of Gelugpa sect of Buddhism, located 45 k.m. east of Lhasa on a high hill with great views of surrounding area, after an interesting visit here driving back to Lhasa through traditional farm villages with Yak grazing around green pasture.

In Lhasa with time for individual activities and souvenir shopping and then concluding this wonderful Fabled Lhasa City Tour with a flight back to Kathmandu with great service of Trexmount Ventures.

Our representative will come to the airport for transfer to the Hotel. After some refreshment in the hotel, Our Tour leader will make pre departure meeting in the Hotel or at our office. The meetings will cover trip-related information & collecting your Documents (passport copy, 2 passport size photos, Travel insurance).

In Kathmandu with cultural tour at places of interest.

Morning after breakfast as time set for the sightseeing tour, our city guide will lead you for few hours in our fascinating heritage and cultural tour around places of interest, tour of holy Pashupatinath temple, Bouddhanath (Little Tibet), Swayambhunath (Monkey Temple) & monasteries, old historical Palaces, courtyard; and then back to hotel after the wonderful tour, afternoon free for individual activities and preparation for journey to Tibet.

The morning after breakfast depart from the hotel to Kathmandu International airport for the flight to Lhasa city, a scenic flight with panoramic views of the high Himalayas including the soaring Mt. Everest. On reaching Gongar airport near Lhasa our Tibetan guide and driver, from our counterpart agent in Tibet receives you for a short drive of an hour to reach the main Lhasa city

In Lhasa tour of Potala Palace and other places of interest.

Lhasa city is a mixture of old and new, our hotels are situated in the old parts of east Lhasa around Barkor market square, which is the hub of Lhasa, where one can observe the Tibetans from all parts of Tibet with their colorful costumes and deep root in Tibetan Buddhism.
Here in Lhasa with two days of interesting tour, the visit around monastery Drefung monastery, which is one of the largest and oldest monastic complexes, in the olden days over 7,000 monks, the priests used to reside, at present about 200 -300 monks, Dalai Lama used to reside here, before Potala Palace was built.
Drefung means a heap of rice, as this building washed with white lime paints perched on a hilltop above Lhasa or Kyuchi valley.
Afternoon visits Sera Monastery, one of the most important and old monasteries of Tibet as well a school for Tibetan Buddhism, interesting to watch young monks in heavy debate, from here visit Jorkhang Temple is another interesting place as it boasts a lot of historic importance and tales of old days. Conclude the day tour by visiting Bharkor Bazaar.
The next morning tour of magnificent Potala Palace, originally built in 640 A.D, the 13-storied palace stands at 11,719m-38,448 ft high with 1000 rooms, visitors are allowed only 10 -12 main and important rooms and shrines.

Afternoon visit Norbu Linka a summer palace of most recent Dalai Lamas, which is quite modern with an immaculate garden, after an enjoyable time afternoon free at leisure for last-minute shopping souvenirs.

Morning departure for Ganden, drive leads towards east from Lhasa about 45 k.m. along the road that following the south bank of the Kyi Chu to Medro Gongkar, drive leads east past Tibet University, across the Lhasa east bridge, on the main Tibet-Sichuan highway, drive leads past traditional and typical farm villages as this short journey reach at Ganden Valley.

Here visit Ganden, which is the foremost monastery of the Gelugpa (Yellow Hat) sect. Of all the Great Six monasteries (Ganden, Sera, Drepung, Tashilumpo, Labrang, Kumbum) of the Yellow Sect, none suffered as disastrously as Ganden, the ruins here from the Cultural Revolution for the last 3-4 years are being reconstructed back to its original shape, Herculean efforts have gone into rebuilding. Before the ruins, over 2,000 monks lived here; now there are hardly
300 monks live and take care of this monastic complex.
This is the highest point of this trip and an opportunity to observe Tibet’s rural farm and village life with Yaks grazing.

After a wonderful time drive back to Lhasa, with last night in this Tibetan capital, the afternoon free at leisure for individual activities.

Drive to Gongor / Lhasa Airport and fly to Kathmandu.

After breakfast, early morning we drive for an hour to Gongar (Lhasa) Airport, on the newly built highway leading through a few long tunnels, on reaching Gongor airport terminal, farewell to our ever cheerful Tibetan guide and drivers, and then make way for a scenic flight to Kathmandu with panoramic views of the high Himalayas including the soaring Mt. Everest. Upon arrival, our staff will transfer you to your respective hotels, with the afternoon free for individual activities.

Today is your last day in Nepal with great memories of Tibet and Nepal, after an amazing experience, transfer to Tribhuvan International airport for final departure towards homeward bound or to the next port of call.

“Full of thrills and excitement throughout this trip, from traditional villages, green and arid hills, amazing barren landscapes and high mountains, traveling on world’s largest and highest plateau, visiting traditional Tibetan villages, cities, monasteries enrich with old culture, customs and tour of famous and magnificent Potala Palace complex, are the main attraction and highlights of this fabled Lhasa city tour” 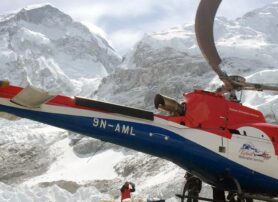 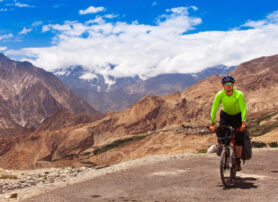 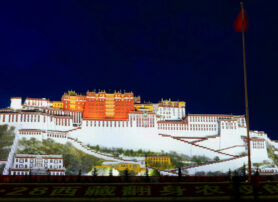 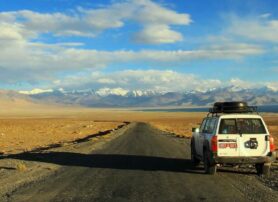 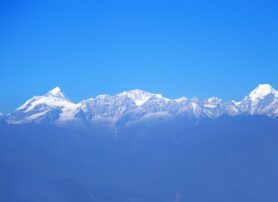 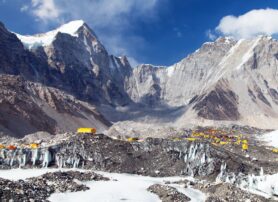 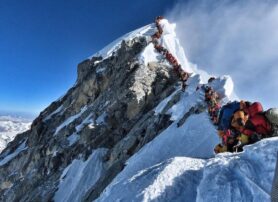 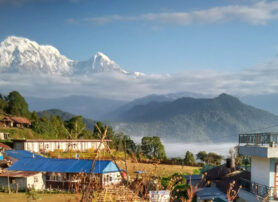